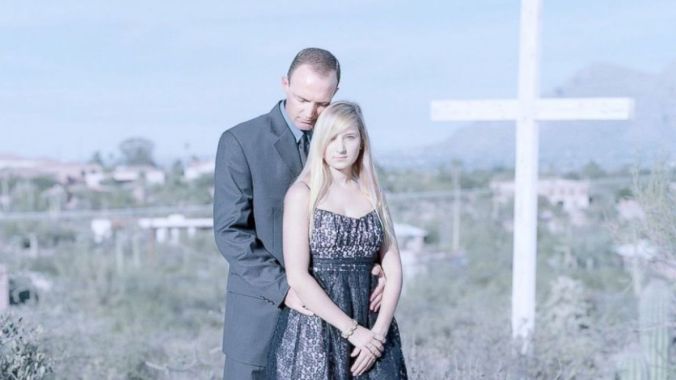 As time goes by, I’m bothered more and more when people look at pictures of people’s little girls and say things like, “Oh, you better lock her up!” or “She can’t date until she’s 40!” or “Better start loading up on ammo now!”.

Because basically, what you are doing, is looking at someone’s child and telling someone how badly people are going to want to stick their dicks in her.

Has it occurred to you how bizarre that is and how it says a lot more about you than anything?

First of all, there’s something fundamentally wrong with the fact that you’re looking at someone’s 3 year old, 7 year old, 10 year old and immediately sexualizing her based on your reaction to her appearance. Why is that ok in your brain? Is there something actually wrong with you? For instance: If I Google your name, will I find you on http://www.meganslaw.com?

Secondly, who the fuck are you to suggest that she not be at liberty to make her own vaginal decisions?  No, really. That is a serious question.

Are you one of those weirdos that are somehow NOT totally creeped out by Purity Balls? Those archaic and incestuous gatherings where father and daughter dress up as prom dates and girls are made to pledge their virginity to their father until another worthy male is granted ownership of it to do with as HE pleases?

Oh, I’m sorry, I was just being silly. Of course not. Because look at you go, cleaning that shotgun at the dining room table when her boyfriend comes to pick her up.

That’s so adorably old fashioned and traditional. Like an arranged marriage. Or women not being to have their own credit cards. Ah, how we long for a simpler time.

Honestly, I wish I was as grossed out by this and other “vagina ownership” lunacy when I was younger as I am now, but I was clearly just too stupid.

That’s not your hymen. Maybe let’s evolve and realize this.